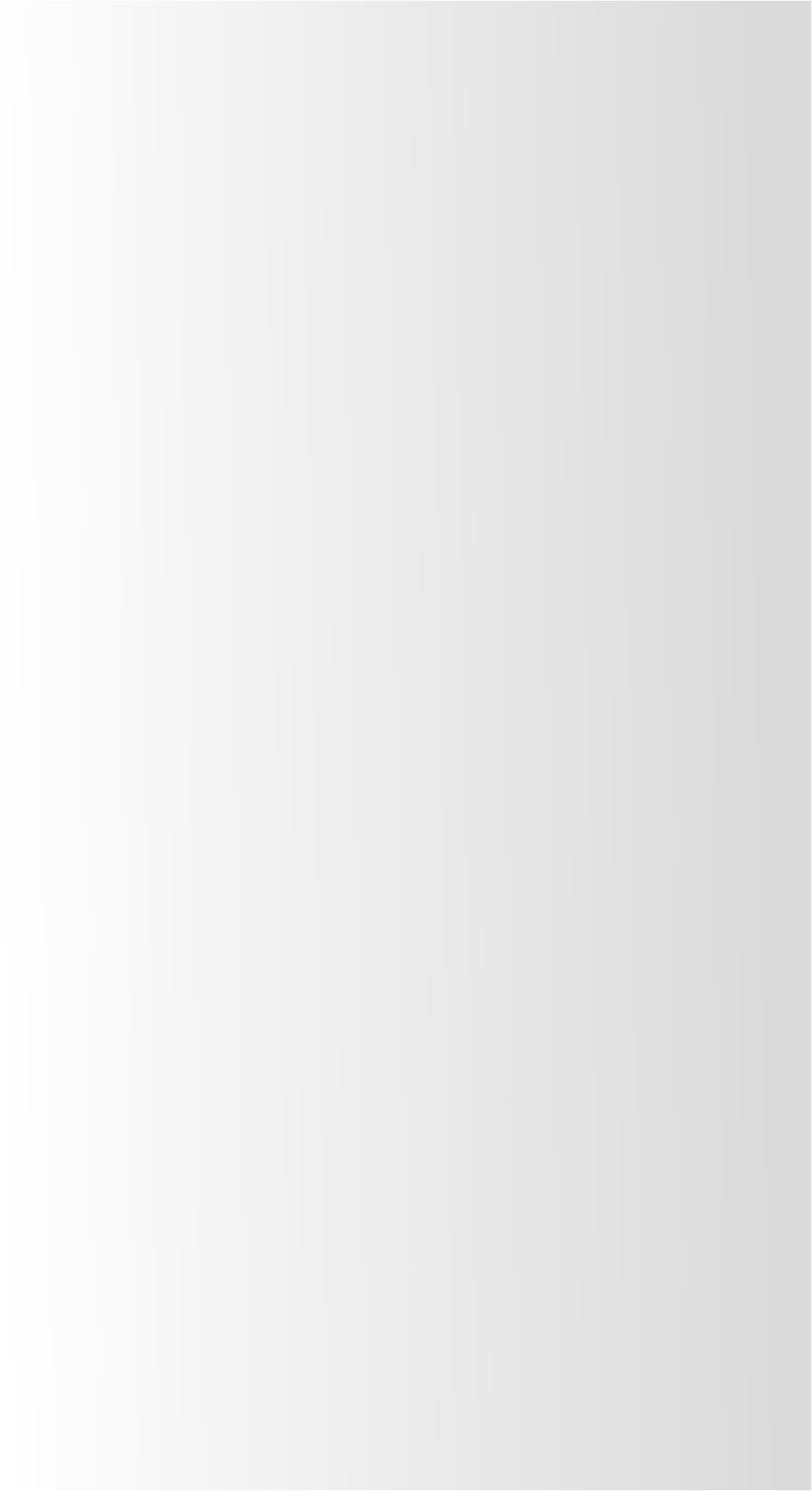 Option of 4 kms hard, steep grade on the return, with a walk through the rainforest

This is a fairly easy, delightful ride that will take you through representative samples of coastal forests, after passing through the rural countryside.

There is also a difficult option involving a steep climb (walk) for the return, but with a walk through the rainforest at the summit.

Take a map, food and refreshments with you, as there are no facilities along the way once you leave the village. You can buy what you need in Central Tilba.

The ride begins at Central Tilba.

Cycle for five kilometres west from Central Tilba to the top of the series of hills. Maps show the road you want as going straight ahead, but in reality, it turns off to the left. This is the Tilba–Punkalla Road.

Turn left and ride for about three kilometres through the forest to the next road junction. The road passes a few houses, but mainly runs through the Bodalla State Forest, with its tall eucalypts and tree ferns.

At the turnoff to Mount Dromedary, turn left.

The road to the base of Mount Dromedary is a delight. The track is narrow, and the forest is well vegetated, with tall trees, tree ferns, and a couple of creeks that make ideal refreshment stops. It’s about three and a half kilometres from the last turnoff to the really steep bit.

Take your time to look carefully at the forest, and to listen to the sounds. You could hear a lyrebird or two, eastern whipbirds (their call sounds like a whip cracking), bellbirds and any of the other numerous birds that frequent these forests.

The track is quite easy to cycle up to a small grassy area. Most cyclists prefer to end the ride here and return to Central Tilba the way they came. The return ride to this point is about 23 kilometres. But ...

Long, hard and steep grade ahead!

Beyond the grassy area, there is a sign warning motorists that the road ahead is suitable for 4WD vehicles only. If you are extremely fit, you should be able to ride/walk/crawl (but probably walk and crawl) to the saddle, four kilometres from the sign. It is really steep, even when walking! You will soon come to a sign indicating that you are in the Gulaga National Park. There’s a gate, and a car park. You’ll probably curse yourself for ever starting on this climb, but it’s worth the effort to get up this road by any means possible. Other cyclists have done it before you! Warning! This is steep and rough, but well worth the effort.

At the saddle, there is a picnic table, toilets, and an interpretative display board. From the 'steep grade' sign, the climb (walk or crawl) should have taken a little over one hour. But think of the views, the forest, the national park, the ambience, the coolness ...

Secure your bike there, and enjoy the walk to the top of Mount Dromedary. The track is easy to walk as it passes through dense rainforest, with magnificent tree ferns, mist ferns hanging down from the branches, and pinkwood trees with buttressed roots that provide the trees with support on the shallow soils.

It will take you a little over one hour to walk through the rainforest and return to your bike.

From the top, there are views of the coastline, and the distant towns of Bermagui and Narooma, and Tilba Tilba far below. You will now be about 840 metres above sea level.

The walking track from the saddle to the summit and return forms a circuit.

Back to the saddle

Back to where you left you bike. At the picnic table, there is a rather indistinct track leading to an area that is sacred to the Yuin people of this district. The sacred area contains numerous rock formations that have significance to the culture of the local people. For a detailed explanation of their significance and the legends associated with this area, you can go on a tour with one of the elders—contact the Umbarra Cultural Centre on the Bermagui Road (telephone (02) 4473 7232).

Back to Central Tilba

To return to Central Tilba, you could return via the steep road you came up and retrace your route through the Bodalla Forest. The other alternative, and the more scenic and varied route, is to go down the walking track to Tilba Tilba. From the saddle, it’s four kilometres all downhill to the edge of the national park, and another kilometre to Pam’s Store at Tilba Tilba. Central Tilba is only two kilometres up the hill.

The return ride to Central Tilba from the saddle is about the same as the ride back along Punkalla Road—only the grades are different!

If it is wet, or if there are walkers on the track, please wheel your bike along the track from the saddle. It is very fragile, and can become easily eroded. The track has deteriorated in recent years with little if any maintenance going into it, and will need considerable care to ensure that others can enjoy it too. There are large obstacles along the way, including rocks, and sometimes tree branches. 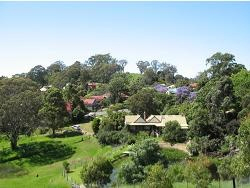 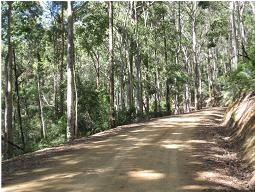 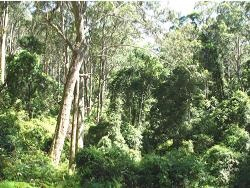 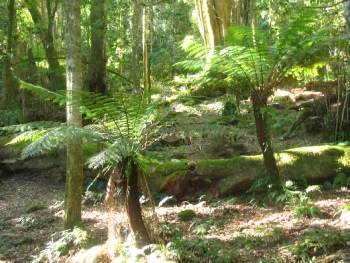 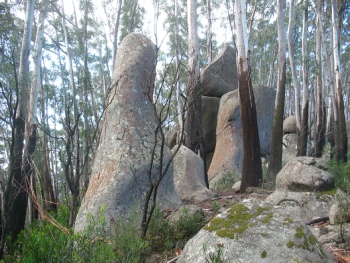